The discretion of trees 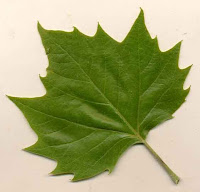 ‘The discretion of trees, and their patience, are both affecting,’ writes Robert Macfarlane in his book The Wild Places. We’ve moved into a new building at work, and there is an inner garden with about two dozen trees, some of the younger ones with plaques commemorating people who have died. My favourite, and definitely the most venerable, is a plane you can see from the window of the staff common room. From its height and trunk size, I’d guess it’s over a hundred years old.


This plane may have lost its sense of direction and fetched up in the wrong city but it is at least a city tree, and we are in the heart of the city here. Its rubbery leaves repel urban grime and pollution, and it is tough enough to flourish even in paved-over soil. Our London plane looks solid, stoical, happy for us to live alongside it, perhaps a little irritated by our noisy egotism but far too polite to mention it. In his book The Perfumier and the Stinkhorn, Richard Mabey argues that our relationship with trees is a model for how we should relate to the natural world as a whole, a relationship based on neighbourliness and undemanding reciprocity rather than ownership or coercion. The way we breathe the exhalations of trees, without either the trees or us being aware of it, is, he suggests, ‘a true unconscious communion’.


A lot of the other trees are limes, with great nests of leaves snaking round their trunks. I think I may pass on Mabey's suggestion, in his book Flora Britannica, that the young leaves of limes 'make refreshing sandwich fillings'. But it's nice being around the solid trunks of trees while undergoing the self-absorbing and nerve-shredding experience of having a new book out - which may, involve, at any point, someone saying that it wasn't worth pulping all those trees so they could have it in their hands. Or they may just ignore it, which is saying the same thing in a kinder, but somehow crueller, way. But I think I’m going to enjoy being around trees, and am looking forward to autumn.
Posted by Joe Moran at 21:52