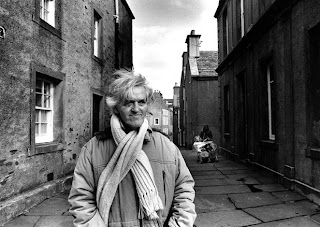 
Brown’s newspaper column had such a distinctive voice – a mixture of lyricism, naivety, misanthropy and good-heartedness – that when I finally reached the end of them (the last appeared just a few weeks before his death in April 1996) it felt like saying goodbye to a friend.
Posted by Joe Moran at 16:20