A warm fog of acceptable feeling

A thought for Valentine’s Day …


‘That’s how sentimentality works, replacing particularity with a warm fog of acceptable feeling, the difficult exact stuff of individual character with the vagueness of convention. Sentimental assertions are always a form of detachment; they confront the acute, terrible awareness of individual pain, the sharp particularity of loss or the fierce individuality of passion with the dulling, “universal” certainty of platitude …


The oversweetened surface of the sentimental exists in order to protect its maker, as well as the audience, from anger. At the beautiful image refusing to hold, at the tenderness we bring to the objects of the world – our eagerness to love, make home, build connection, trust the other – how all of that’s so readily swept away. Sentimental images of children and of animals, soppy representations of love - they are fuelled, in truth, by their opposites, by a terrible human rage that nothing stays. The greeting card verse, the airbrushed rainbow, the sweet puppy face on the fleecy pink sweatshirt – these images do not honour the world as it is, in its complexity and individuality, but distort things in apparent service of a warm embrace … in this way, the sentimental represents a rage against individuality, the singular, the irreplaceable.’

Are you all sitting comfity-bold?

When Kingsley Amis taught at University College, Swansea in the 1950s, the college principal, J.S. Fulton, was such a stickler for academic protocol that he once objected to a professor and a lecturer appearing together on the same radio programme. This, he said, was like mixing officers and men.


One of the more positive aspects of what A.H. Halsey called ‘the Decline of Donnish Dominion’ is that those days are gone, thank god. But the word ‘professor’ still has an odd purchase in the cultural imagination. These thoughts are occasioned by having to do my inaugural professorial lecture last week: an odd, nineteenth century ritual which has somehow survived into the 21st century.


The first professor I knew about was Professor Yaffle, the woodpecker in the stop-frame animation series Bagpuss. Oliver Postgate modelled him on two figures he knew in his childhood: his uncle, the historian G.D.H. Cole and the philosopher Bertrand Russell. His reedy voice and condescendingly benign manner made him a professor out of central casting. I have never met a professor remotely like him.


There was a time when, presumably because the title still had a lot of cachet before donnish dominion declined, there were lots of fake professors. There was the comedian ‘Professor’ Jimmy Edwards, who went round in a gown and mortar board; Max Wall’s character Professor Wallofski, who is said to have influenced John Cleese’s Minister for Silly Walks; and Professor Léon Cortez, a cockney comedian who translated the works of Shakespeare into rhyming slang.


But my favourite was Professor Stanley Unwin, who (like a few other professors before and since), employed a language that bore a tantalisingly close relationship to English. When his children were young, he began inventing special ‘fairly stories’ for them at bedtime. ‘Are you all sitting comfity-bold, two-square on your botties?’ he would ask them. ‘Then I'll begin. Once a-ponny tight-o . . .’ He would then launch into a well-known story, liberally festooned with gibberish but always somehow recognisable: ‘Goldyloppers trittly-how in the early mordy, and she falloped down the steps. Oh unfortunate for the cracking of the eggers and the sheebs and buttery fullfalollop and graze the knee-clappers. So she had a vaslubrious, rub it on and a quick healy huff and that was that.’ Professor Unwin could try his hand at most genres, including sports commentating: ‘There’s a great gathering round one goal mode as the net is folloped flat: what a clean groyle there as they kicking it on the bocus and the mable … all these people doing a very fine suffery in the cause of sport.’


I am tempted to say that Professor Unwin made a great deal more sense than some actual professors I have known. But I won’t, because one of the things I have come to hate is the low-level, low-intensity hostility to academic life in public discourse over the last few decades. Nowadays ‘professor’ is often employed with a sneer to point to the supposed disconnection of academics from the ‘real’ world. And the only extant fake professor I can think of is the rap artist Professor Green, although I can’t claim to be familiar with his work.


Anyway, everyone was so nice after my lecture that I decided this nineteenth-century ritual wasn’t quite so odd after all. Which just goes to show that I really don’t know what I think about anything. But then that’s only to be expected, when I am now officially an absent-minded professor.
Posted by Joe Moran at 14:19 3 comments: 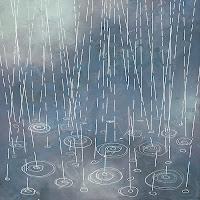