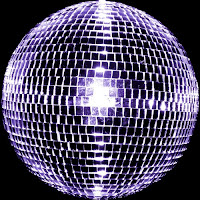 Some cobbled together words occasioned by the return of Strictly Come Dancing to our screens.

As the historian Ross McKibbin reveals in his book Classes and Cultures, ballroom dancing has long been a political minefield. The Official Board of Ballroom Dancing, established in 1929, was specifically formed to stamp out the ‘freakish’ steps of jazz-inspired crazes like the Charleston and the Varsity Drag, which threatened to ‘turn the ballroom into a bear garden’. The OBBC sanctioned only four official dances – waltz, foxtrot, quickstep and tango – and rigorously policed any illegal steps, lifts and sidekicks. Victor Silvester’s seminal textbook, Modern Ballroom Dancing (1927), claims that the basic principles of ballroom are ‘as permanent as the law of gravity’.

This ‘modern English style’ was an attempt to stem the inexorable invasion of imported American music and dance. One dance teacher lamented ‘the admission of jazz music and dubious steps into decent places’, insisting that they originated ‘in low negro haunts and had au fond a prurient significance’. The ruling bodies were terrified that dancing might be seen as sublimated sex, and indeed the churches often condemned the dance halls for their vulgarity and immorality. So the dancers’ feet had to be parallel, their hips straight and their knees kept together.

The social research organisation, Mass Observation, thought these rigid rules threatened the whole future of social democracy. The ballroom was creating supine, apathetic citizens by pointing them ‘away from social feeling and activity and towards a world of personal superstition and magic’. Mass Observation even calculated that people who went to dancehalls were 12% less likely to vote than average (an uninformative statistic, since under-25s were the most likely to go dancing and, then as now, the least likely to vote). The regimented ranks of ballroom dancers were sleepwalking to ‘the paradise-drug of the American dance-tune’ with ‘the same surrender of personal decision as that of uniformed Nazis’. Mass-Observation claimed in 1939 that anti-fascists broke up a demonstration by Walter Mosley’s black shirts by ‘doing the Lambeth Walk’, and they suggested that the communal, improvised nature of this dance could teach us ‘something about the future of democracy’. The Lambeth Walk was frowned on by the dancing professionals, along with other communal dances like the Conga and the Hokey-Cokey.

But even Mass Observation conceded the startling contrast between the ‘mechanized barbarity’ of dancehall music and the wordless decorousness of the dancers’ movements. In order to request a dance, a young man would simply touch a potential partner lightly on her elbow, and they would move silently on to the floor. It was quite normal for partners to dance for hours without speaking to each other, before going their separate ways. The ballroom was a world of conscious artifice and unspoken courtesies, as pointlessly beautiful as the laws of cricket. Its rules were simultaneously hierarchical and egalitarian. Dance steps were rigorously policed, but every local palais had learner nights where the most physically inept could be taught the same basic moves.

The modern English style was one of Britain’s last imperialist successes, spreading unopposed throughout Europe, America and the Empire. In his autobiography Long Walk to Freedom, Nelson Mandela writes about spending endless hours of his student days in the early 1940s practising foxtrots and waltzes to a crackly phonograph record, encouraged by his idol, Victor Silvester.

Mundane quote for the day: 'You are always alone with the oddness of modern consumption. Walking under the white lights of Sainsbury’s you find out just who you are. The reams of cartons, the pyramids of tins: there they stand on the miles of shelves, the story of how we live now. Cereal boxes look out at you with their breakfast-ready smiles, containing flakes of bran, handfuls of oats, which come from fields mentioned in the Domesday Book.' – Andrew O’Hagan
Posted by Joe Moran at 11:48