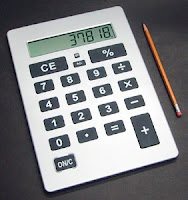 I have finally got round to filling in my tax return, an annual ritual some way below dental scaling in my list of things to look forward to. This means I am not as virtuous as my dad, who generally fills it in as soon as he can, in April (the swot) but more virtuous than those poor, benighted souls who miss the 31 October paper deadline and are banished to the online wilderness, suffering the shame of being chivvied along in television adverts by the likes of Moira Stewart and Adam Hart-Davis. Why do they leave it so late? They should know that there is nothing certain in life except death, taxes and quiet disappointment. The Rosetta stone, I read from Neil MacGregor’s History of the World in 100 Objects, is ‘mostly bureaucratic jargon about tax concessions’. In Biblical times I believe taxes were known as tributes, and it somehow helps to think of myself as paying tribute, offering up a ritual sacrifice to HM Revenue and Customs by sorting through through my receipts and bank statements and trying to figure out why on earth a company I have never heard of paid me £25 18 months ago.

I always used to like the way a single person, with the title of Inspector of Taxes or somesuch, used to write to you in person and command you to let him know all about your taxable income and capital gains. He sounded like someone with the anonymous, unchallengeable authority of the Wizard of Oz or Big Chief I Spy, although like Big Chief I Spy, I imagine he got one of his redskins to do his filing. Nowadays HMRC have dispensed with this formulation, and make no attempt to keep up the charming pretence that a single person can be arsed to check though my calculations about my freelance writing. Anyway, I have rendered unto Caesar, in my case the HMRC Area Manager, and await the dreaded bill in the post.

In a recent post, I speculated that the to-do list was of recent vintage. But Nicola Shulman writes in Graven with Diamonds, her recent biography of the Henrician poet Thomas Wyatt, that ‘Thomas Cromwell had a habit of writing down his “remembrances”, that is to say, to-do lists for the business of the moment.’ The mea culpa is on my to-do list.