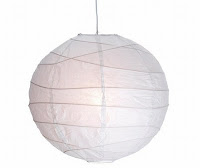 I was sorry to hear about the demise of Habitat, another example of the current carnage on the High Street that has also consumed Thornton’s and TJ Hughes. I loved the Habitat store in Deansgate, Manchester, when I was a child, with its primary colours, lower-case logos and Scandinavian blond-woods. Terence Conran opened the first Habitat store on the Fulham Road in South Kensington in May 1964. The day before its opening, a Sunday Times article entitled ‘What the smart chicks are buying’ publicised ‘a swinging shop called Habitat’ which would present ‘the pick of the furnishing pops under one roof’ and ‘make shopping for the home an impulsive, gay affair’. Habitat later branched out into the provinces and a flourishing mail-order business, but in the 1960s it was largely a London phenomenon, with other branches opening in Tottenham Court Road (1966), Kingston (1967) and Bromley (1968).

Conran recognized that the now servantless middle classes wanted elegant but low-maintenance housewares: cutlery that did not need endless polishing; tables that looked good without tablecloths; earthenware dishes that went straight from the oven to the dinner table; and new cooking utensils like the Wok which allowed meals to be prepared in minutes. One of Habitat’s bestselling items in the 1960s was the duvet, a continental innovation which ended the tedious routine of bedmaking with underblankets and top sheets. Other products, like the Boule Japonaise or spherical paper lampshade introduced in the mid-1960s, were statements of ‘conspicuous thrift,’ cheap but stylish items for young couples on a limited budget.

Habitat sold a complete range for the home, from salt mills to sofas, with the stores arranged in mock living rooms or kitchens to show how items could be combined to produce a ‘look’. The store’s first promotional brochure claimed that its ‘pre-selected shopping programme’ offered ‘instant good taste … for switched-on people’. This was important because its customers were drawn not only from the established middle classes but also from interlopers who were the first in their families to receive a university education and enter the professions. If urban gentrifiers filled their new homes with Habitat goods, they could avoid any obvious lapses of taste. Habitat combined a domesticated modernism (scooped-out eggshell chairs, modular Olga shelving, Magistretti tables) with rustic authenticity (pine dressers, iron bedsteads, quarry tiles). Its synthesis of urban minimalism and pastoral chic, ‘bang on the trend for cosy countrified living,’ allowed the new middle classes to live in the modern city while remaining disengaged from its seamier aspects. Like David’s recreation of Mediterranean cuisine in metropolitan kitchens, Habitat offered a kind of domesticated version of the ‘urban village’. The Habitat style had its roots in the work of William Morris and the Arts and Crafts movement, with their emphasis on simplicity, naturalness and ‘fitness to purpose’. Unlike Morris, however, Conran embraced rather than denied the contradictions inherent in mass-marketing such a style at middle-class urbanites.

In London as elsewhere, gentrifiers often defined themselves in relation to other members of the middle classes who had not made the same life choices. In particular, they embraced the city as an edgy, cosmopolitan alternative to the supposed conformity and homogeneity of the suburbs. Habitat exploited this ethos, promoting itself as classless and egalitarian in a way that was implicitly anti-suburban, part of an argument between different sections of the middle classes over what constituted the good life. Habitat’s youngish customers liked the conspicuous absence of the furniture and materials they would have associated with their parents: coffee tables with splayed legs, cocktail cabinets, standard lamps, Blue Willow china, moquette and linoleum. They could use the distancing effects of time and geography to ‘slum it’ with the southern European peasantry or the below-stairs classes of the Victorian era, without actually losing their middle-class identities. While the store was theoretically open to all in the sense that its products were relatively cheap, it was clearly aimed at the educated, urban middle class. With great commercial acumen, Conran tied this lifestyle revolution to a general aura of social progressivism and ethical consumerism. Habitat’s left-liberal customers could embrace the marketplace without feeling they had ‘sold out’.
Posted by Joe Moran at 16:12