The cake of custom 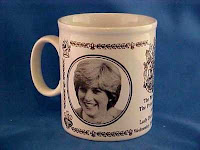 This piece by me about the royal wedding was in the Guardian last weekend.

Royal occasions have always offered rich pickings for anthropologists. It is no coincidence that the social research organisation, Mass Observation, began its life with a “day survey” of 12 May 1937, the date of George VI’s coronation, and that it is once again inviting its volunteers to write down an account of their activities on 29 April. These surveys always make fascinating social documents, because a royal event forces everyone, from ardent monarchist to diehard republican, into an imagined national community, whether they want to be part of it or not.

Even in 1937 there were a surprising number of refuseniks, though they seem to have been motivated more by cussedness than anti-monarchism. Mass Observation reported some people listening to the coronation with “embarrassed grins, and outright laughter when the commentator was outstandingly loyal”. As for the 1953 Coronation, they found plenty of people making snide comments at the television screen or going for a long walk to get away from it all. And yet republicans who look to find Walter Bagehot’s “cake of custom” crumbling on these occasions are usually disappointed. “Even people who wanted to avoid the coronation could not stop their eyes brimming with tears or shut themselves away,” concluded Mass Observation in 1937.

Indeed, the most inauspicious times for a royal celebration seem only to inspire greater fervency. The wedding of Princess Anne and Mark Phillips in November 1973, for example, coincided with the grave economic crisis that led to the three day week, which could easily have inspired public resentment at the grandeur and expense of the event. But despite fears beforehand that the wedding might be blacked out by power cuts, 28 million viewers tuned in for an eight-hour marathon padded out with a royal astrologers’ wedding breakfast and a visit to the stables where Princess Anne kept her horses. Auberon Waugh concluded that “the nation is as united as any nation can be – in a gigantic effort to be entertained … We are citizens of the world’s first satirical Ruritania.”

When Prince Charles married Diana in 1981, in the middle of a deep recession and riots in the inner cities, the loyalist mood was, if anything, even stronger. As a spokesman for the Electricity Board put it, the strain on the National Grid was “a barometer of national feeling”: viewers were so paralysed in front of their screens that there were huge power surges during the dull bits, such as the signing of the register, when they got up to boil kettles.

This probably has less do with our attitudes to monarchy, which are often absent-minded and half-hearted whichever side they are on, than with the power of television to put itself at the centre of any narrative. The 1947 wedding between Prince Philip and Princess Elizabeth was one of the first major outside broadcasts of the postwar era and the BBC used it to convince people of the power of the new medium; it similarly used the televising of the 1953 coronation to create a tipping point in the purchase of sets and the 1973 royal wedding to convert several hundred thousand more households to colour TV. Television always tries to use these events as an advertisement for itself. “Be part of the big day on the BBC,” as Huw Edwards says on the trailers for 29 April.

The difference now is that we live in a multichannel era. 88 per cent of the adult population either listened to or watched the 1953 Coronation, but then there was nothing else on unless you could get Radio Luxembourg. Even at the last big royal wedding in 1986, the only way of avoiding the event on the main channels and stations was to watch pages from Ceefax on BBC2 or listen to Schubert on Radio 3. Now, with 200 channels to choose from, anyone who does not want to participate in the royal wedding can hardly feel coerced into doing so. And still I have a feeling that the mass observers of 29 April will write about how they switched on the television, just to see what was happening, and found themselves drawn in.
Posted by Joe Moran at 17:24