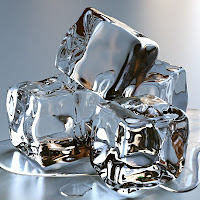 I’ve been reading Jean Baudrillard’s Cool Memories, volumes 1-5. Baudrillard can be very uneven, to say the least, and I can see why he winds people up. But he can also be the master of turning an observation into an idea, as demonstrated by the quotes below.

‘The mystic dream of every iceberg is to travel so far south as possible, perhaps – who knows? – till it meets its end in equatorial waters. Poor iceberg laden with the despair of the poles at being so far from the equator, and so distant from each other. So far, not a single one of them has succeeded in this senseless venture.’

‘Like dreams, statistics are a form of wish fulfilment.’

‘Nothing can match the loneliness of a pianist in a large hotel. All around him is just a hum of cocktails and small talk; he is more alone with his melody than he would be on an island. Yet at a particular moment, he stops and people applaud. You are doubly astonished: there was an end to this music then, and people were listening? He was playing something and he was not playing in vain? He seems stupefied himself. But he well knows, in the secret depths of his soul, that this applause only breaks out because his music has fallen silent, a silence these wild things notice in much the same way they notice the sugar melting in their glasses. So, like the bald prima donna, he quickly starts up with a new tune.’

‘A change in the speaking style of announcers. The plummy voices of yesteryear maintained a steady crescendo right up to the end of the sentence. Today, the sentence is suspended before its end in a kind of apnoea, of artificial breathing, of inner gasping for breath, mimicking a searching for words which would seem to reflect thinking. All done to give a sense of the interactive truth of dialogue. In the past there was a theatrical staging of message, feeling and truth. Today the obscure genesis of speech is mimicked.’

‘Ants, too, must know that God is dead, since they engage in such frantic activity. Is it to avoid internal revolts and boredom that they have developed such a relentless programme (not too different, perhaps, from the human race)? Have they developed a cult of the absurd or some crazed ritual for turning life and its meaning to their own perverse ends? Have they invented a perfect model of cloning, the only way of guaranteeing the eternity of a species and solving the problem of individual existence? A wonderful hypothesis, but how can we know? Let them speak, these ants, let them confess! What is their message? Yet they just go on walking enormous distances to bring back things that are actually plentiful around the anthill (in this, too, they are not so different from the human race).’

Mundane quote for the day: ‘What goes out of fashion passes into everyday life. What disappears from everyday life is revived in fashion.’ – Jean Baudrillard
Posted by Joe Moran at 21:08