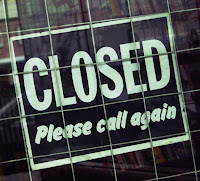 ‘The nineteenth-century revival [of Christmas] did little for the New Year, although the exchange of good wishes recovered its respectability. One might stay up on New Year’s Eve for a midnight toast, or make resolutions for self-improvement; revellers gathered in Trafalgar Square to see in the New Year and frolic in the fountains – a pleasure now forbidden on grounds of safety – but 1 January was an ordinary working day. However, in Scotland, which for long paid little or no attention to Christmas, the New Year was and remains a great occasion, being completely untainted by popery. By the Bank Holiday Act 1971 New Year’s Day was recognized as a Bank Holiday in Scotland, but in England it did not attain that status till 1974. Since then, however, many companies have determined that it is not worth their while to resume work during the intervening week, much to the disgust and envy of journalists, who enjoy no such extended holiday.’

From The Oxford Companion to the Year, eds Bonnie Blackburn and Leofranc Holford-Stevens
Posted by Joe Moran at 11:41