The everyday by numbers 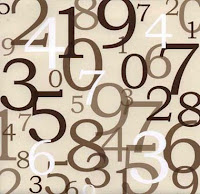 I came across some interesting stats in the Virgin trains magazine, Hotline, a widely read but unheralded piece of literature. Last year the Virgin onboard shop sold 117,000 KitKats, 58,000 flapjacks and 45,500 Gin and Tonics. As for the 390,000 people who spent £1.30 each on bottled water when they could have bought it much cheaper at the station, I suppose there’s no fool like a thirsty fool.

Statistics can often be used to gloss over the everyday with soulless abstractions. ‘Numbers in all their impersonality are democracy’s ideal language, suited for gods, machines, and collectives’, writes the philosopher John Durham Peters. ‘The metaphysical status of numbers is profoundly ambiguous: They are concrete and imaginary, precise and intangible, mechanical and intellectual, human and inhuman.’ The lived world is erased by what Peters calls ‘the serene indifference of numbers’.

On the other hand, statistics, as the Virgin shop’s ledger book shows, can also make the everyday visible. Cultural theorist Ben Highmore calls them ‘the mass-regularities of the daily’, these figures about how many million cups of tea we drink, how many times we flush the toilet every day and so on. ‘Data, as used to map regularities, quantities, frequencies, probabilities, and so on, produces a landscape rich in surreal potential,’ he writes. ‘Facts about tea drinking and dog excreting are produced via a range of information: they coalesce as a composite form – one giant dog, one giant turd, one monstrous orchestrated chorus of tea drinking.’