It's a no from me 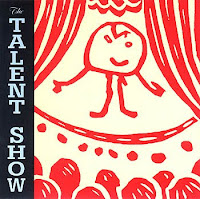 This piece about the talent show appeared in a slightly shorter version in Saturday’s Guardian:

The primetime TV talent show is the Lazarus of light entertainment. Thirty years ago it seemed like a dead form, its lifeblood of variety theatres and working men’s clubs having largely drained away. In fact, the moment when the talent show died could be dated quite precisely. It came in spring 1978, when ITV’s Opportunity Knocks and New Faces ended within a few weeks of each other. The Guardian’s Peter Fiddick called them “the shows that died of embarrassment”.

The late Bill Cotton, who fashioned the classic Saturday night schedules on BBC1 in the 1970s, refused to commission talent shows because he thought them cruel and manipulative – especially what he called the “cattle market” of New Faces, where judges uttered caustic putdowns of contestants. God knows what he would have made of Britain’s Got Talent, with its brutal dismissals of the talentless that make Tony Hatch seem cuddly by comparison. “Who is to tell some poor bloke who comes on as a singer,” Cotton asked in 1975, “that he would be better to stick to being a butcher?” Today’s talent show judges seem untroubled by this dilemma.

Even watching them as a child in the 1970s, I could see that talent shows had that indefinable but unmistakable quality of ITV naffness. They were so obviously inferior to BBC shows like Morecambe and Wise and The Two Ronnies, where the talent had been tested by years of apprenticeship and honed to a smooth professional finish. By contrast, Opportunity Knocks looked cheap and amateurish, with its rickety clapometer which Hughie Green insisted was “just for fun, friends”, so you had to wait a whole week before the real winner was revealed from viewers’ votes sent in by post. Admittedly, if you wrote in you could win a VIP trip to London, including dinner at the Riverside Restaurant of the Stars where “Thames TV personalities may be seated at the next table”. But even as an eight year old, I did not find this enticing.

What makes Britain’s Got Talent so addictively entertaining is that its judgments are quicker and more brutal than this. Hughie Green conducted several thousand auditions a year for Opportunity Knocks without the presence of a television crew, and the contestants still left in after this filtering process were those who could do conventional things, like pub singing or stand-up, in a mediocre but not comically bad way. I seem to remember one contestant who hit his head on a metal tray to music, and another who played Scotland the Brave on a mouth organ while hanging upside down. But on the whole Opportunity Knocks steered clear of the Dadaist surrealism of Britain’s Got Talent’s open auditions, with their ballet-dancing dogs, pot-belled belly dancers and parrots that can (or, actually, can’t) eat mashed potato from a spoon.

The red button and the mobile phone have also transformed the talent show, making Green’s pioneering attempts at audience interactivity seem primitively analogue. It is interesting that this brand of push-button populism has also influenced the televised election debates. The party leaders may not be buzzed off by judges or shouted down by the audience, but there is the same kind of rush to instantaneous judgment, from Twitter trending to “the worm”, that squiggly line that moves up and down the TV screen showing immediate reactions from groups of swing voters. Just as in the reality talent show, this sort of split-second democracy is both empowering and infantilising. The audience’s decision is final but it is only allowed one, simple expression of approval or disapproval.

The most significant thing that politics seems to have borrowed from the TV talent shows, though, is a promiscuous use of the word “talent” itself. Gordon Brown has professed his admiration for Britain’s Got Talent and similar shows, and used them as a cultural metaphor for his government’s interest in social mobility and individual aspiration: the nation’s untapped “talent” must be unearthed and cultivated, as openly and democratically as it is on The X Factor. But talent is an eclectic and slippery concept. When bankers want to keep hold of their bonuses, they say that wealth-creating “talent” must be rewarded or it will simply go elsewhere. The point about “talent” in these contexts is that it is a more nebulous word than say, knowledge, skill or expertise. You either have talent or you don’t: it can be nurtured and rewarded but it can’t be replicated or conjured out of nothing. The unasked question is what happens to the people who don’t have this ill-defined, amorphous, non-transferable quality called “talent”. Britain’s Got Talent suggests one answer. They will be given “three nos” and, after a short, consoling hug from Ant and Dec, will go back to leading their disappointing lives.

I am loving this new, beautifully shot John Lewis ad, with a great version of a Billy Joel song by Fyfe Dangerfield …

… although, professional contrarion that I am, not quite as much as I was loving it before everyone else decided they loved it as well.