The birdman of academia 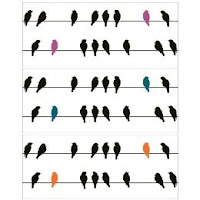 This piece by me, about birdwatching at the office, is in the Times Higher this week:

http://www.timeshighereducation.co.uk/story.asp?sectioncode=26&storycode=410844&c=2
Note to the sisters: mea non culpa on the un-PC headline, which the sub-editor chose after rejecting my admittedly lame original (see above).

Incidentally, there is some quite good stuff about motorways in Mark Cocker’s book Birders: Tales of Tribe (which I mention in the article), because the golden age of twitching in the 1960s and 1970s was also the golden age of hitchhiking. So a large sub-group of hitchhikers in this period was made up of birdwatchers travelling to remote parts of Britain to see exotic birds. “Back then,” Cocker writes, “if you could have got into some hypothetical control module in space where you could monitor birders’ movements around Britain’s road networks, the screen would have appeared as an endless chaos of random blips, each one representing young twitchers hitching back and forth across the country. There would have been occasional patterns – clusters heading towards Norfolk in May, a brief lull in July, a further rush towards Shetland in September, or Cornwall in October.”
Posted by Joe Moran at 15:35