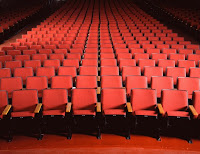 I’m appearing at the Bath Festival of Literature on Tuesday evening, talking about On Roads. I will of course be insisting on my usual backstage riders: gardenias and lilies in my dressing room, thrice-chilled beer, bowls of M&Ms with all the brown ones taken out etc., etc.

Actually, it is the first literary festival I have ever attended and I am a bit worried that, since there is an admission charge of £5/£7, no one will turn up. There will also be a ‘book signing’, which I guess will only take place if there is someone there with a book of mine they want me to sign – an eventuality that seems worryingly out of my control. Oh well, I suppose the organisers know what they’re doing. If anyone reading this is near Bath on Tuesday and fancies coming along, it’s at 6.15pm in the Guildhall.

The irony is that, even if no one turns up, it will probably still count as part of a Research Excellence Framework pilot case study currently being prepared about the social and economic ‘impact’ of my research. More of what Max Weber called the parcelling out of the soul, in other words.

I loved this account by the legendary American film critic Roger Ebert of an eccentric London hotel facing demolition:

Mundane quote for the day: ‘As the sun sinks, its light is not steadily withdrawn, but subject to a scattering by the air and dust of the atmosphere. For a short period, this creates a strange, faint flaring of the air, an oblique blaze in things … There are different twilights at different times of the year, with the longest, most luminous diminuendi of light taking place on Northern summer evenings. Yet there is a special, defining kind of strangeness in autumn twilights, where the “burnt-out ends of smoky days” seem to breathe in time with the ebbing year … Perhaps the particular resonance of the twilight state, of that which simultaneously wanes and remains, has also to do with our habituation to the technologies that increasingly allow us to hold time in suspension.’ – Steven Connor
Posted by Joe Moran at 12:52