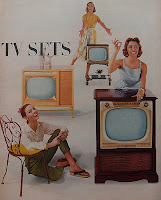 New readers start here. From time to time on this blog we like to collect examples of UnReithian TV (see post for 7 March 2009) – the sort of TV programmes that, from their titles alone, would be the most likely to make Lord Reith turn in his grave. Some more examples below. The usual caveat applies: I haven’t actually seen any of these programmes, so for all I know they could be wonderfully enlightening, educational, inspiring, the finest examples of the best that human civilisation is capable of etc. etc.

Dating in the Dark (Living)

Too Fat to Toddle (ITV1)

The Execution of Gary Glitter (C4)

Simon Cowell: Where Did It All Go Right? (Sky1)

Inside the World’s Deadliest Snake (Sky3)

Hotter than My Daughter (BBC3)

Mundane quote for the day: ‘I became a writer of television plays, entirely by accident, before I was in possession of a set or thought of television as anything other than a magic machine that transmitted cricket and football matches into the living rooms of friends .. I didn’t know – wouldn’t have been caught dead knowing – who Honor Blackman was: had never in my life clapped eyes on a ballroom dancer, at least in action; and wouldn’t have believed that people actually wrote plays for television. Now, a mere two and a half years later, I can usually identify by name the second villain in The Avengers, feel that my judgment ought to carry weight in the ballroom competitions, and have once or twice been overheard saying a soft good-night back at the closing-down announcer.’ - Simon Gray, ‘Confessions of a TV Playwright’, 1968
Posted by Joe Moran at 18:08