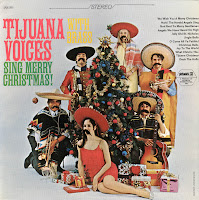 Before this blog shuts up shop for its Christmas break, I thought I would post a newspaper article I did last Christmas. Sadly we haven’t yet emerged into the bright sunlit consumerist uplands so I guess at least some of what it says still applies.

If anyone’s still out there, a merry Christmas to all my readers. Peace and blogospherical joy to you all.

It looks like being an austerity Christmas. Radio 2 has already run a “Don’t cancel Christmas” campaign, including Delia Smith’s budget recipe for pot-roast turkey drumsticks and advice about doing the shopping on eBay and plumping out the stuffing with cornflakes. The tone of the TV adverts seems smugly Spartan, like the one that rips off the ostentatious gift-wrapping scene in Love Actually before declaring that “at Argos, we make a little less fuss”.

To find a similar mood, you have to go back to Christmas 1973, when the last great global recession began. Then Britain had also just come to the abrupt end of an unsustainable property boom, the FTSE was in freefall and December had its very own credit crunch, when the fringe banks which had offered unwise loans to property developers looked on the verge of collapse and the Bank of England launched a £3000m “lifeboat” to increase liquidity. The chancellor Anthony Barber, just like Alistair Darling, announced a pre-Christmas emergency budget. Then, as now, everyone knew that a long period of unbroken prosperity was over.

But we are not in an episode of Life on Mars, and there the historical parallels start to fizzle out. The end of 1973 was a real state of emergency. A combination of the OPEC oil crisis and industrial action threatened to bring the country to its knees. Thousands of people queued for hours outside post offices to receive petrol ration books. In mid-December, Edward Heath announced the three-day week and for a time it looked like Christmas might really be cancelled. All display lighting was banned and Christmas shoppers searched for gifts by candlelight and hurricane lamps. There were fears that presents and cards would not arrive in the post, that people would not have enough fuel to heat their homes or enough petrol to visit their families. The Daily Mirror’s front page asked: “Is everybody going mad?”

The fate of the Trafalgar Square Christmas tree hung in the balance. At the lighting ceremony on 14 December, its 650 bulbs were lit up and then switched off again. The Norwegians offered to send a special electricity generator for it so that it would not have to rely on the national grid. Eventually the environment minister Geoffrey Rippon granted a special dispensation for all outdoor trees to be lit for just three days over Christmas.

Yet many people rather enjoyed the subdued and melancholy atmosphere. Released from the endless obligation to get and spend, they started talking to strangers and noticing their surroundings more – and Britain’s cities did look pleasingly Dickensian by gaslight. Many factory workers had 11 days off, their longest ever Christmas break. Fuel turned out to be less catastrophically scarce than feared – enough, anyway, to see cars through to the new year. Christmas was reprieved. Everyone hunkered down in their just-about heated homes and forgot for a few days that the world was collapsing around them.

In fact, the Christmas that almost didn’t happen now reads like a collection of warm-hearted seasonal cliches. Raymond Briggs’s Father Christmas, with a Santa Claus who seemed appropriately grumpy for the economic downturn, was a children’s bestseller. Slade’s “Merry Xmas Everybody” beat Wizzard’s “I Wish It Could Be Christmas Every Day” to number one. On TV, people watched the first ever Mike Yarwood Christmas Show and Vanessa Redgrave camping it up with Morecambe and Wise. Secular Britons returned to old certainties and found the true meaning of Christmas in the bumper issue of the Radio Times.

Perhaps paradoxically, Christmas is a good time to have a crisis. It is a compulsory caesura, a demonstration of the power of ritual over fate and circumstance. Ever since it began as a pagan festival in the middle of the winter solstice, Christmas was designed to be celebrated through cloudy, unprosperous days. Christmas narratives, including the Biblical one, are full of tales of it almost not happening and then being rescued from disaster at the last minute.

Things are not, or not yet, as bad as 1973. No one is ordering television to stop at 10.30pm; there will be no Christmas tree blackout. But the lesson of 35 years ago is that Christmas happens anyway, whatever else is happening. Now we are being urged to spend our way out of the recession, to pretend that it is business as usual. But the public mood seems to be to follow the ascetic example of our parents in 1973, driving slowly to save fuel, setting price limits on presents and staying at home. Gathered round the hearth – or its modern equivalent, the flatscreen TV – we may think, as Walter Scott wrote in Marmion: “Heap on more wood! The wind is chill; But let it whistle as it will. We’ll keep our Christmas merry still.”
Posted by Joe Moran at 19:49