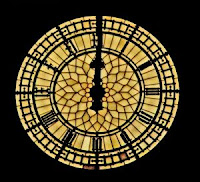 Well, old December’s bareness lies everywhere and the beautiful, death-struck year draws to its close – and I’ve managed to keep this blog coughing and spluttering for a whole twelve months, so hurrah for me. As a contemporary historian I read a lot of diaries and journals, and I’ve always found something rather touching about the entries for new year’s eve and new year’s day, when the diarists offer their reflections on the year just past and proffer hopes for the year to come – both now long gone of course:

‘Last day of the 1970s. Clear, dry, fine, cold … On the way back to Hampstead Heath a magnificently cheery black ticket-collector waived my offer of the extra 16p for my ticket with great bonhomie. “Happy New Year,” he shouted. It was like the end of A Christmas Carol!
Friends come round in the evening and we eat Chinese take-away and play games and half watch a poor compilation of the 1970s from BBC TV. As midnight strikes and the first chimes of the 1980s are met by the obligatory cheers of well-oiled Scotsmen on the box, we take photos of ourselves in celebration and agree that whatever happens – barring the work of the Grim Reaper, of course – we will look back at these pics together on December 31st 1989!’ – Michael Palin, 31 December 1979

‘Saw the old year literally “go out” on the Northern Line tube, at East Finchley! Michael Harald, Hitchman, Susan, Rachel & me – all returning from the Kaufmanns’ gewöhnlich parlour games party, all did our “Auld Lang Syne” stuff in the carriage, and I invited the one other passenger (a ragged and befogged gentleman of 40 or so years) to join us in the crossed hands ritual …
So the old year of ’51 has gone … not a very auspicious year and yet – I feel a certain sentimental affection for it … it was the first year I cried properly. Cried my eyes out on Boxing Night … in a sudden wave of utter futility … such a very silly young man.’ – Kenneth Williams, 1 January 1952

‘I hope that 1958 may bring you God's blessing and all the things you long for.’ - The Queen’s first TV Christmas broadcast, 25 December 1957

And for anyone reading this (although here’s hoping these words won’t seem proleptically poignant to someone stumbling across this blog in 2059) I wish you all beauty, inspiration and mundane delight in 2010.
Posted by Joe Moran at 17:42