Toast to a pint-sized polymorph 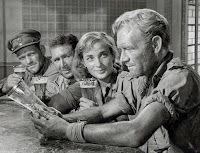 Another one from the bottom drawer. I wrote this little cultural history of the beer glass for one of those two-part supplements they have in the Saturday Guardian and Observer (this one was on summer pubs).

Most drinkers probably think of their beer glass as a fairly functional object, designed mainly to convey the liquid on its important journey from the pub table to their mouths. But you can’t separate the history of beer from the history of the beer glass.

Until the end of the Victorian era, pub-goers mostly drank out of pewter tankards, which hid the bits of sediment that used to float around in their beer. Then two things happened: dingy pubs began to be better lit, and modern filtration methods started to produce a clearer drink. As newly enlightened drinkers took more notice of the clarity of their pint, the modern beer glass was born.

The first mass-produced beer glass – the 10-sided, handled pint mug – arrived with the consolidation of the brewing industry in the 1920s, and became famous when the Brewers’ Society used it in its “beer is best” adverts in the 1930s. But after the war, it was nudged out by the dimpled beer mug, made of thick glass patterned with indentations, resembling a hand grenade. This design change fitted in with changing drinking habits: dark mild had acquired an unfashionable image as an old working-class man’s drink, and its substitute, amber bitter, looks lovely in the refracted light of a dimpled glass.

Then, in the 1960s, the dimpled mug went into a long, terminal decline because (or so the brewers told us) drinkers preferred a lighter, straighter glass. The invention of a new type of glass, with a bulge about an inch from the top, also solved the perennial problem of straight glasses – their propensity to chip near the rim when being washed together. This was the Nonik (no nick) glass.

The straight/dimpled glass distinction is shrouded in mythology. I have heard northerners claim the dimpled glass as a southern affectation – southerners presumably being too soft to get their whole hand round a glass – and I have heard southerners claim it is quirkily northern, perhaps unconsciously influenced by the scene in the 1971 film Get Carter, when London hard man Michael Caine asks for a pint of bitter in a Newcastle pub “in a thin glass”.

A more interesting question is why there have been so few beer glass types in Britain, when the Germans and Belgians, for instance, have countless branded glasses for every type of drink. In George Orwell’s (non-existent) ideal pub, The Moon Under Water, he noted approvingly that they “never make the mistake of serving a pint of beer in a handleless glass”. Along with glass and pewter mugs, they had some of the strawberry-pink china pots that practically died out after the first world war. While grudgingly acknowledging that this was because most people like to see their drink, Orwell declared that “beer tastes better out of china”.

Beer glass innovations have generally been propelled by the brewing industry. In the 1960s, for example, there were various proprietary moulds used by keg beer manufacturers such as Worthington E and Watneys Red Barrel in an effort to create a national brand image. Oddly shaped glasses thus came to be linked, in the minds of real ale purists, with the theme pubs and fizzy pap that brewers were trying to foist on them. Another factor is that the British drinker likes be served a full pint, and this is easier to calibrate in a no-frills glass. Only in Britain, one feels, would you have the slightly bigger “pint to line” glasses so popular at beer festivals and in cask ale pubs.

But no one can agree about how the shape of the glass impacts on the most important thing: taste. Some say a thin glass is better because the temperature of the beer rises more slowly in it; others say a thick glass and handle are preferable because the hand doesn’t warm the beer. And Orwell swore that beer tasted better out of china. But good luck with finding a pub that will still serve you a pint of bitter in a china mug.
Posted by Joe Moran at 18:49