Time and the trivial 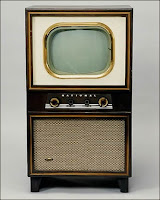 Last week, because I couldn’t face doing anything else and my mum said she enjoyed watching it while she was ironing, I watched a programme on Channel 4 called Come Dine with Me. In this programme, five strangers take it in turns to host a dinner party for each other, and then award each other marks out of ten for their efforts. I will leave any discussion of the programme’s content to the professionals. I would simply like to point out that this show was TWO AND A HALF HOURS LONG. That is longer than The Seventh Seal, any one of Kiesloswki’s Three Colours films, Citizen Kane, Jean de Florette, It’s a Wonderful Life etc. Even with that self-indulgent ending, Apocalypse Now is only three minutes longer. That evening, I decided to skip Strictly Come Dancing, because I didn’t feel I could commit a whole TWO AND A QUARTER HOURS of the time I have left on this earth to it. I do not believe, like RH Tawney, that ‘triviality is more dangerous to the soul than wickedness’. But it does seem to me that the trivial is making increasingly unreasonable demands on our time and attention.

To pad out this meagre post, here are a few more silly pomes for assorted sprogs:

An especially helpful anteater
Would supply you with beer by the litre.
Or glasses of stout
Which he poured through his snout -
He really could not have been sweeter.

A lucky old hamster called Neil
Would trundle all day on his wheel,
And get crumpets and tea
And lettuce for free
Which he thought was a brilliant deal.

A fussy young tortoise called Rita
Would only eat cheese on Ryvita,
A diet so bizarre
She became a big star
And was given a badge on Blue Peter.

There was a headteacher from Stroud,
Whose voice was incredibly loud.
So her morning assembly
Was delivered at Wembley
To a not-quite-fanatical crowd.

MUNDANE QUOTE FOR THE DAY: ‘Another heavy snowfall – the third already this winter and the papers are full of articles about The New Ice Age’ (Michael Palin’s diary, 8 January 1982).
Posted by Joe Moran at 12:01