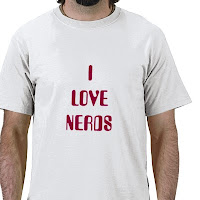 I haven’t really got time to blog today so I’m afraid this is going to be like one of those episodes of Friends where they show old clips and pretend it’s a new episode. All I can find trawling though my D: drive is this little amuse-bouche. I wrote it in my second year at university, when I was wading through careers guides and getting ever so slightly browned off by their relentless cheeriness. It was published in a magazine called Poetry and Audience, alongside someone called Carol Ann Duffy. Whatever happened to her? This piece was written at the beginning of the last recession and it is sadly topical again, with new graduates likely to be the main victims of the credit crunch.

CAREERS: A GUIDE FOR STUDENTS

For those students who are still unsure about what to do in the world outside, we are asking recent graduates to talk about the career paths they have followed. Doug Robinson graduated from Manchester University last summer with a 2:1 in Economics and Accountancy. Here he tells of his adventures in the job market.