In search of middle England 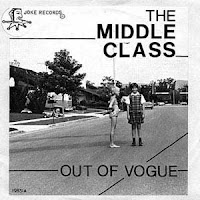 Halfway through my interview with Robert Elms on BBC Radio London last week, something strange happened – a little piece of broadcasting history. I actually started to ENJOY it, mainly because he seemed really interested in my book. You can listen to it here (about 15 minutes in):

But then what do I know? The last radio interview I even vaguely enjoyed I don’t think they even used. It was a pre-record in which I went off on one (as I believe they say at the high table at Queen’s) about ‘Middle England’ being a political and media invention – momentarily forgetting that I was being interviewed for a three-part series called In Search of Middle England. So I can’t really blame them for leaving me on the cutting-room floor. I wasn’t really entering into the spirit of things.

And in case anyone doesn’t believe me that service stations once used to be the go-to places for the jeunesse doree (see ‘22 Years in a Travelodge’, Chapter 5 in On Roads), I found this in Brian Viner’s new book about 1970s telly, a memory of the car journeys his wife used to make as a teenager: ‘A visit to the restaurant at the New Trust House Forte service station on the M1 was considered a rather special family outing. Once or twice, when they went for a Sunday-afternoon drive to Clumber Park in Nottinghamshire, both girls had to take a change of clothing in case they stopped to eat at Woodall services on the way home.’

BRAVER MEN THAN ME

While I’ve been consorting with the meejer, real men have been busy with maps and rucksacks. Three generations of the Moran family – my dad, brother and 11-year-old nephew - are walking the Tour du Mont Blanc this August, in aid of Peak District Mountain Rescue. You can find out more at this site (http://www.justgiving.com/walkingthetmb/) and even donate if you like …

Mundane quote for the day: ‘I seem to have spent half the time in denouncing the capitalist system and the other half in raging over the insolence of bus-conductors.’ – George Orwell
Posted by Joe Moran at 11:01