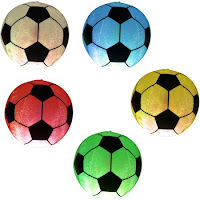 There was also a nice one by Giles Foden in Conde Nast Traveller but that doesn’t seem to be on the internet.
Posted by Joe Moran at 21:07