Crossing the road: a brief history 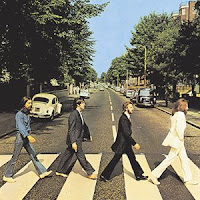 How’s this for sticking it to The Man (well, Cambridge University Press anyway): the architect Ben Hamilton-Baillie, a pioneer in the ‘shared-space’ movement in urban design, has made my article from Historical Journal, ‘Crossing the Road in Britain,’ available for free on his website. You can view it at http://www.hamilton-baillie.co.uk/index.php?do=publications&action=details&pid=27. Thanks, Ben. This piece managed to find its way into print despite one of the academic reviewers saying that 'the only good thing about this article is the title'. Here is some random stuff that didn’t make it into the piece:

Before the First World War, a lethal-looking ‘pedestrian catcher’ was attached to the front of some British cars, aiming to sweep up pedestrians instead of running them over, but it was too cumbersome to catch on.

The authors of How to Drive a Motorcar, first published in 1914, advised motorists who encountered pedestrians in the road to meet them with ‘the commanding eye’.

In the early 1970s, the Green Cross Code was promoted with the famously impenetrable acronym, SPLINK, based on the random selection of words from the code (safe, pavement, look, if, near and keep). A TV ad showed a group of youngsters crossing the road successfully and shouting the acronym at the top of their voices, perhaps in the forlorn hope that this would make it easier to remember. Jon Pertwee, who had just stopped playing Doctor Who, then said hopefully to the camera: ‘Now we can all remember the Green Cross Code: SPLINK!’

More successful was a series of ads featuring the Green Cross Man, played by Dave Prowse, who surveyed traffic troublespots from his high-rise control centre and then used his wristwatch to teleport himself to them. When Prowse got the role of Darth Vader in the ‘Star Wars’ saga, though, he became unavailable for traffic duty. He had one last hurrah in 1981 appearing alongside the Green Cross Droid, a robot with a pulsating green cross on his chest and a rotating head, a shameless rip-off of R2D2.

The best-known recent national campaign has been the ‘hedgehogs’ series of TV ads for young children, set to the tune of well-known songs like ‘Staying Alive’: ‘Well you can tell by the way I cross the road / That I’ve learnt all my Green Cross Code’.

Mundane quote for the day: ‘Tragedy, like its partner comedy, depends on an acknowledgement of the flawed, botched nature of human life – although in tragedy one has to be hauled through hell to arrive at this recognition, so obdurate and tenacious is human self-delusion. Comedy embraces roughness and imperfection from the outset, and has no illusions about pious ideals. Against such grandiose follies, it pits the lowly, persistent, indestructible stuff of everyday life.’ – Terry Eagleton