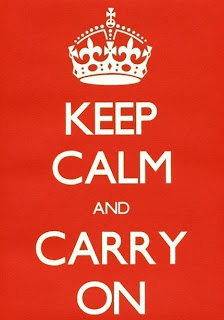 It’s Burns night here, so ae fond kiss to you all. Burns’s poems are too obvious for some – Jeremy Paxman recently dismissed his work as ‘sentimental doggerel’ – but any self-respecting theorist of the mundane has to embrace the sentimental, the obvious and the uncool. Most music critics are purists. Unanimously deciding that Coldplay or Keane are beyond the pale, they police the boundaries of their discipline like academicians. They don’t acknowledge that music is something that seeps into daily life, with all its strange, messy, accidental emotions - as Noel Coward wrote, ‘extraordinary how potent cheap music is’. So in the spirit of full disclosure here are the top ten uncoolest songs on my iPod:

10. Air Lovers, ‘Afternoon Delight’. This song reminds me of being a child in the 1970s (obviously I didn’t know what the lyrics meant then) and the wonderfully daft film Anchorman. Not the definitive version by the Starland Vocal Band, but you can’t have everything.

9. Snow Patrol, ‘You Could Be Happy’. Normally this band are too insipid even for me, but I heard this on Gavin and Stacey and will admit to being moist-eyed.

8. Gilbert O’Sullivan, ‘No Matter How I Try’. No one does plonky, slightly out-of-tune piano like the underrated boy from Swindon who, when I was little, I thought had also written Pirates of Penzance and HMS Pinafore.

7. Wings, ‘Silly Love Songs’. While I wouldn’t go as far as Alan Partridge, who preferred Wings to the Beatles, this is still a lovely, complex song with beautiful horns. The world can never have enough silly love songs – or, for that matter, love and silliness.

6. Billy J Kramer and the Dakotas, ‘I’ll Keep You Satisfied’. Another McCartney song, with his trademark erratic chord progressions and use of the whole musical scale. Paul du Noyer, in his excellent history of Liverpool music, Wondrous Place, describes it as ‘fine for the sweet of tooth’. That’s me!

5. Norman Wisdom, ‘Me and My Girl’. I have read that in cinemas in the 1950s women would sit through the whole of a Norman Wisdom film twice, not to see the pratfalls but to hear his heartbreaking singing voice.

4. Take That, ‘Reach Out’. I have a soft spot for the middle-aged boy band from Manc whose members are my near-contemporaries.

3. Johnny Logan, ‘What’s Another Year?’ Best Eurovision winner ever, end of (as they say in Liverpool).

2. Tony Hadley, ‘The Mood I’m In’. In my defence, your honour, this is only because they didn’t have the Jack Jones version of this swing classic on iTunes.

And in at number 1 with a bullet is …