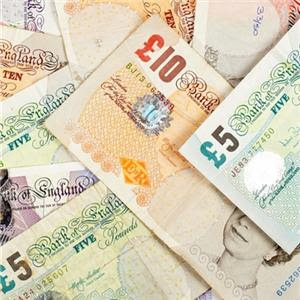 On 27 December, a late Christmas present from HM Revenue and Customs arrived on my doormat: a rather large tax bill. My income from freelance writing last year was much more than it has been before and probably ever will be again. HMRC have assumed that this income is constant and so they have stung me not only for what I owe from last year but for the same amount this year. I seem to remember Anthony Burgess moaning about this tax on the erratically accumulated income of authors in one of his memoirs. I have just paid this sum online – more or less the latest I could leave it without incurring the wrath of Moira Stuart, the current face of the TV ads about tax returns - and am feeling as poor as the proverbial church mouse.

If this makes me sound like a whinging 1960s pop star (‘The taxman’s taken all my dough …’), it’s not meant to. I like paying my taxes, even if they are now going to be used to bail out impecunious millionaire bankers. I even quite like filling in the self-assessment forms. Like driving on motorways, it makes me feel like a grown-up. Unlike some freelance writers, I am very lucky to have a well-paid, proper job (where all the tax is worked out and deducted for me). The extra money I earn from writing would barely keep me in beer money, assuming I drank beer. What’s important to me is the symbolism of being paid for my writing, however small the amount. It makes me think that there must be some value in what I do, if someone is prepared to pay me for it. I am sentimental enough to have pinned on my office wall a letter from the late Brian Cox, a ‘please find enclosed’ accompanying a £100 cheque from Critical Quarterly, one of the very few academic journals that pays its contributors. It was the first time I have ever been paid for my writing. (I wasn’t sentimental enough to keep the cheque – I cashed that while it was still warm.)

Normally, academics write for nothing. They research and write their articles for free, then they submit them with no guarantee of publication to journals edited by academics who are also not paid for their labours, and these editors send the articles out to other academics who referee them, again without any payment. The publishers then act as a kind of glorified printing service, although increasingly they don’t even do that as the articles are published online. And then – you have to admire their chutzpah – they sell all our unpaid labour back to us, at extortionate prices, in the form of journal subscriptions. What on earth would Karl Marx have made of this form of exploited labour? Unlike Victorian factory workers, academics seem to collude in the arrangement willingly, like turkeys voting for Christmas.

Of course, academics are supposed to be concerned only with the glittering prize of the esteem of their colleagues. One way this is assessed is through a money-guzzling behemoth called the Research Assessment Exercise which determines research funding (oh yes, I forgot to say – all the glittering prize stuff comes down to money in the end). Every submitted publication is ranked: 4 means ‘world leading,’ 3 means ‘internationally excellent,’ 2 means ‘internationally recognised’ and 1 means ‘nationally recognised’.

Unfortunately, these weasel words remind me of nothing so much as the scene in Evelyn Waugh’s Decline and Fall when Paul Pennyfeather, newly rusticated from Oxford, is trying to get work as a teacher in a private school. Mr Levy, of Church and Gargoyle, Scolastic Agents, tells him: ‘We class schools into four grades. Leading School, First Class School, Good School, and School. Frankly, School is pretty bad.’

So I don’t mind paying my taxes – it reminds me that at least someone has appreciated and rewarded my efforts, even if I didn’t notice at the time.
Mundane quote for the day: ‘Amid the Ridley Scott images of world cities, the writing about skyscraper fortresses, the Baudrillard visions of hyperspace … most people actually live in places like Harlesden or West Brom. Much of life for many people, even in the heart of the first world, still consists of waiting in a bus-shelter with your shopping for a bus that never comes.’ - Doreen Massey
Posted by Joe Moran at 18:39