Before Hardy had written a word

This week’s Radio Times has a piece by me called ‘The day that changed television forever’ about the televising of the coronation, which took place 60 years ago on Sunday. It being a special Coronation-themed issue, I’m sandwiched between an interview with David Dimbleby and a recipe for Mary Berry’s Coronation Cake.


It’s a little reflected-upon fact that quite a lot of the people who watched television in those earliest days would have grown up in the late nineteenth century. What on earth did these late Victorians make of this new idiot’s lantern? Ronald Blythe’s grandmother, born in 1860 ‘before Hardy had written a word’, lived long enough ‘to glimpse our first television set, a sturdy affair with the lines of a fruit machine’. Arthur Perry, born in 1869, simply took the television set for granted: ‘He never said, “Isn’t it amazing!” or “It’s a miracle!” and in his eighties, he used to sit in front of the telly and grumble about the rotten programmes. “It’s about time they got some new stuff on,” he’d say.’ Arthur Perry was the father of Jimmy Perry, the co-writer of Dad’s Army, and this quote is taken from the latter’s memoir, Stupid Boy.
Posted by Joe Moran at 19:03 1 comment: 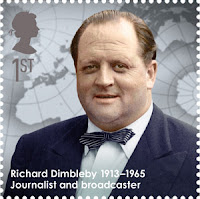 Today is the centenary of Richard Dimbleby’s birth. (The anniversary is being commemorated with this new stamp from the Royal Mail.) And on 2 June it will be 60 years since his famous television broadcast of the coronation. (So he was only just 40 when he did it – he sounds older.) Dimbleby’s style – mellifluous, paternalistic, reassuring – is often seen as symbolic of an era of broadcasting that is lost forever, for good and ill. During the Cuban missile crisis in October 1962, an anxious mother rang the editor of Panorama, Paul Fox. ‘There’s only one thing I want Richard Dimbleby to do,’ she said. ‘I want him to tell me if it’s safe for my daughter to go to school tomorrow.’


Actually, there were some critical voices even while Dimbleby was in his prime. In 1956, the Daily Mirror’s Cassandra wrote that he ‘shimmers in his own unction … he swells in a glycerine respect for his subject that makes the Royal Family look like an advertisement for an immensely costly hair tonic … platitudes coming hushed, honeyed from their author, standing at waistcoated attention’.


Anthony Burgess complained of ‘those periodical Dimbleby Ubiquity Weeks’ characterised by ‘a surfect of omnicompetence mingled with upper-middle-class decency and articulacy, bulkily incarnated – an excessive dispensation of Better Self, a beneficent incubus that, lying so heavily on the chest, is bound to act like a nightmare … The Dimbleby lineaments comprise quiet decency, literacy without intellectuality, staidness untempered by quirkiness, above all an aura of utter integrity. These are rare qualities, and we have to pay heavily to get them. We have to yield our right to what makes life worth living and television viewable – namely, the unpredictable, the lunatic, the indiscreet, the inefficient.’


It’s true that about the nearest Dimbleby came to controversy was when he was told off by his bosses for mentioning his tailor on air. And it’s true that he was a Burkean conservative who liked the gentle changing of the seasons and the continuities of English traditions. His experience at Belsen, where he had delivered an unforgettable radio report as the BBC’s war correspondent, had persuaded him of the value of tradition as a way of ensuring that barbarism would never again triumph over civilisation. His coronation commentary wasn’t oleaginous, nor was it even hushed as Cassandra claimed; but its reverence was implicit.


But Dimbleby was also an absolutely wonderful broadcaster. The rhetorical flourish with which he matched words to pictures, an adaptation of the older techniques of radio to the new medium, has not been equalled since. And if you don’t believe me, listen to his masterly commentary on Winston Churchill’s funeral in 1965: 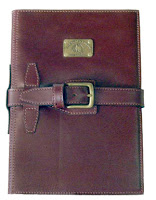 Thirty years ago, the historian Theodore Zeldin wrote this about love:


‘No one knows quite what love means, no two people have experienced it in quite the same way … Love cannot be counted or measured, but it has to be incorporated into explanations of behaviour and events. One way to elucidate its content is to break it up into the elements of which it may be composed, and to use these as tools for an individual kind of historical exploration. Thus attractiveness is one of those elements. It is possible to rearrange the facts of history so as to make it a central criterion. People can be divided not only into rich and poor, capitalists and workers, lords and commons, but also into those who are attractive and those who are not, for reasons which need not always be associated with material possessions, or social status. The attractive are a class also. Attractiveness is a source both of power and of disadvantages. It can be a snare, an easy label that damns the person to whom it is applied; it is manipulated by unwritten laws; it has its own literature, its manuals on how to make friends and influence people; it has its own aesthetics and ethics; it is as unstable a source of prestige as politics or money; the criteria by which it is judged change drastically with age … Love has its own tyrants, conquests, battles and alliances. It could provide a thread for linking the history of conflict in the past quite as well as the history of war.’


Zeldin’s quote came to mind after I spent an enjoyable day recently at the Great Diary Project, the archive of private citizens’ diaries held at the Bishopsgate Library near Liverpool Street Station (thanks to Luke Parks for helping me find everything I wanted). It seems obvious when you think about it, but many of the diarists, particularly the young ones, are far less concerned about politics, society or the state of the economy than with the progress of their own love lives.


One teenage girl diarist, writing from a private school in Cumbria in the early 1950s, fills her Letts day-a-page desk diaries with lipstick kisses and news of her latest crushes, and has a list of boys’ names at the back against headings like ‘love, hate, passion, friendship, courtship, flintship, marriage’ – a sort of 1950s version of ‘Snog, Marry, Avoid’.


Meanwhile, an Oxford undergraduate writes this in his diary of 31 December 1954: ‘S. and I went to New Forest players’ dance. It was quite a good one, and we enjoyed it (at Grand Marine). Afterwards, however, S. wanted me to make love to her - and then we had to have another long chat about things - she has fallen in love w. me, which is rather unfortunate. However, she is realistic & wants to maintain friendship.’


On 29 November 1955 he writes: ‘Rang A. this evening and had a long talk. She sounds so lovely - I am determined to marry her if I possibly can.’ Things then seem to go a bit awry. ‘In rather a temper I penned her an angry note,’ he writes of A. on 6 December 1955. And then on 31 December: ‘A. met me. A meal, then we sat and chatted till a.m. I feel she is a bit restrained about something.’ Fortunately, all is well. The next diary in the archive from the same diarist is inscribed ‘given by darling A.’ – and it’s a two-year diary, so she’s obviously planning to stick around. Phew. Poor S., though.
Posted by Joe Moran at 14:56 2 comments:

On his morning walk from High Holborn to Fleet Street in 1947, in the rubble stretching from Farringdon Road to Fetter Lane, the young journalist Kenneth Allsop spotted a pair of kestrels - ‘like a lean pair of Che Guevara’s jungle guerrillas prowling through Harrods’, he wrote later. In 1949 he published Adventure Lit their Star (1949), a fictionalised piece of nature writing based on his own experiences as a wounded RAF pilot watching the previously rare little ringed plover in the gravel pits and sewage farms near Staines, Middlesex. Allsop was a pioneer in the new field of of urban ecology.


At the end of the 1960s Allsop, by then a star writer and TV presenter on the BBC show Tonight, wrote an article for the Sunday Times about wildlife thriving in the last remaining bombsites and scrubland in the centre of London. Allsop’s theme was the usefulness of the human-made landscape as a makeshift natural habitat. ‘How willing nature is to forgive the insults of man,’ he wrote, noting the absence of snobbishness with which kestrels nested on both the Savoy hotel and the Poplar gasometers. ‘How magnanimously she responds and pumps back life, like blood into dead tissue, once the environment is cleansed.’ At the height of his TV fame, in the mid-1960s, Allsop had moved from London to an old millhouse near Powerstock, Dorset where he wrote a regular column for the Daily Mail about his life there, collected as In the Country (1972). This part of the world was more remote than it is now:


‘BBC2 cannot penetrate our valley fastness. Colour has never been glimpsed. BBC1 comes in blurrily through a blizzard of static. On our regional commercial station we see, scratchily, ads for car marts far down the coast and scenes shot in smart candle-lit restaurants frequented by the beau monde of Plymouth. French programmes jabber dominantly on our screen, and there are occult images which are said to float in from Madrid. I am thinking of demanding my licence fee back from the government and declaring a TV UDI.’


Allsop’s style - describing a badger’s bottom as ‘waggling like an old boy in baggy trousers’, a starling as ‘a winged hippy with self-grown furbelows’, greenhouses as ‘bottling summer like Schiaparelli does scent’ and rats as scrabbling through his compost heap ‘like bargain hunters at a rummage stall’ – was unashamedly anthropocentric and uninfected by the quaintness or purple prose that afflicted much country writing before him. Allsop also made a BBC documentary, The Wildlife of New York, complete with stick insects crawling up Harley Davidsons and cockroaches congregating in the wiring behind telephone receivers. ‘Nature cannot abide a vacuum,’ he wrote in In the Country. ‘With an exactitude far more intricate and discriminating than our wonder dating-service computers … every niche is filled.’


Given the wonderful aliveness of the book, it is hard to believe that Allsop ended his own life a year after it was published.


You can watch Richard Mabey talking about Allsop here: