Birds who play by the rules 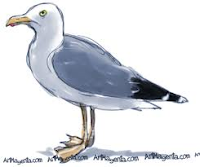 Our department is moving to a new building soon and the thing I will miss most is watching the birds on the lawn and its surrounding shrubbery from my office window. I wrote about them here:


But the sound I will miss most is the herring gulls; I fear, although we are only moving a quarter of a mile away, our new location will be too far from the river Mersey for them. In his classic 1953 work, The Herring Gull’s World, the ethologist Niko Tinbergen wrote, ‘The voice of the herring gull is wonderfully melodious.’ I’m not sure I agree, but it is certainly characterful, and evocative of all our seaside summers past. Another fan of Larus argentatus is the Aberdeen resident Esther Woolfson, who writes about them in her new book, Field Notes from a Hidden City: An Urban Nature Diary. ‘Visible, audible, omnipresent, drifting endlessly in the sky above us, L. argentatus is another of the “urban exploiters” who seem numerous, safe in their very existence, but who aren’t,’ she writes. ‘Monogamous, capable of mutual recognition, of respecting their neighbours, living amicably with their partners, gulls are faithful to their homes, practise “site fidelity” and return to the same nest sites annually.’ In other words, gulls would be a far better symbol of uxuriousness than those supposed models of amorous fidelity, the doves, who are actually quite tarty.


In fact, if they were human, herring gulls would be model citizens in Cameron’s Britain. For they are the hardworking families, the strivers not the skivers, the birds who play by the rules and want to get on. Except, of course, when they swoop down and steal from your bag of chips with their beaks, as they have been known to do. Then they are part of our something for nothing culture.
Posted by Joe Moran at 18:50 No comments:

Do not go to the ant

More on bugs. One of the best pieces about insects I’ve read is the ‘Contemplation upon Ants’ from John Stewart Collis’s wonderful The Worm Forgives the Plough (written during the war but not published until 1973), inspired by ploughing a field with a large number of ant-hills:


‘When I did pause, sometimes, to consider what I was doing on that field I could not fail to feel the enormity of my act. The shining blade crashed down through the centre of a city built up with skill and labour; the inhabitants were thrown into confusion; then another flash and crash of the blade, and another, till bits of the home were flying through the air … My power of destruction over this ant-world was really prodigious, as if a giant with legs the height of Snowdon and arms as long as the Sussex Downs were to throw London away in an hour or so.’


There then follows a little essay on the parallels that have been made between ants and men – their rigid hierarchies, waging of wars, keeping of slaves etc. - which concludes that these parallels are not, in fact, that useful:


‘Consciousness is the miracle of man. That is his whole significance, and the meaning of his imperfection, and his promise. Because it has broken in, because he does not possess it, then it will evolve in him as it has already done, it will go on evolving; this burden of apartness and semi-understanding which he often feels too heavy to bear, will be lifted; he will attain a higher state of consciousness and enter again into the unity that he has lost. He should not turn to the animals for directions. He should not go to the ant. He should fix his gaze steadily upon this human gift that makes him unique, and see in it, and the evolution of it, the key to all his set-backs and the meaning of all his suffering.’


But my favourite insect-contemplation piece is probably Virginia Woolf’s ‘The death of the moth’. One day in 1941, while she was reading in her study, Woolf spotted a moth fluttering frantically against a window pane, putting its body and soul into the effort and eventually dying of exhaustion. ‘Watching him, it seemed as if a fibre, very thin but pure, of the enormous energy of the world had been thrust into his frail and diminutive body,’ she wrote. ‘It was as if someone had taken a tiny bead of pure life, and decking it as lightly as possible with down and feathers, had set it dancing and zig-zagging to show us the true nature of life … One's sympathies, of course, were all on the side of life. Also, when there was nobody to care or to know, this gigantic effort on the part of an insignificant little moth, against a power of such magnitude, to retain what no one else valued or desired to keep, moved one strangely.’


Woolf’s essay is a lovely meditation on the fragility of existence and the way that life counts for nothing but itself. But I have always wondered why she didn’t just open the window and let the moth out.
Posted by Joe Moran at 09:38 1 comment: 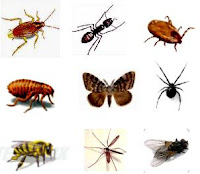 
We are starting to realise that insects are pivotal to our lives, not something to be noticed only irritatedly as we squirt them with fly spray or swot them away. Our ignorance and dismissal of them is part of the universal human urge to step over the things commonest and closest to us, to ignore the unglamorous and ubiquitous in favour of the rare and beautiful. It says more about us than it does about them.
Posted by Joe Moran at 19:11 2 comments:

An address to politicians

I found this ‘address to politicians’ in the third issue of the underground magazine, Oz, dated May 1967:


‘First to you who are currently successful: you who made it mouthing phony, ill-written, unutterably boring, lying, arse-licking speeches. Lend an unctuous ear – it may prove expedient.


And you out of office need not look so pious. Sincerity, sensitivity or honesty did not cost you election. Had you possessed any of these qualities you would never have stood. Only the scum of a society could bother to fashion a career so ruthlessly opportunist, so intellectually parasitic, so spiritually unrewarding.


Platitudes. This indignation doesn’t bruise your egotism, this rage prompts no self-assessment, nor costs you votes. Philosophers, poets, authors, dramatists, artists and tele-pundits have interminably exposed the vileness of your methods, the sordidness of your ambitions. The masses, whom you despise, hold your profession beneath contempt.

And still you survive.


Mundane quote for the day: ‘Consider what value, what meaning is enclosed even in the smallest of our daily habits, in the hundred possessions which even the poorest beggar owns: a handkerchief, an old letter, the photo of a cherished person. These things are part of us, almost like limbs of our body; nor is it conceivable that we can be deprived of them in our world, for we immediately find others to substitute the old ones, other objects which are ours in their personification and evocation of our memories.’ – Primo Levi, If This Is A Man
Posted by Joe Moran at 13:42 No comments: