58 years in the wild


Attenborough's most famous moment on TV came when he suggested that his series, Life on Earth, should feature a sequence to illustrate opposable thumbs, which we share with apes. That is how he came to be lying smiling among crushed wild celery alongside a 100kg female gorilla on the slopes of the Virunga volcanoes in in 1978. One young male even jumped on to his lap. Head down in deliberately submissive pose, Attenborough whispered: 'There is more meaning and mutual understanding in exchanging a glance with a gorilla than any other animal I know. We're so similar. It seems really very unfair that man should have chosen the gorilla to symbolise everything that is aggressive and violent, when that is one thing that the gorilla is not - and that we are.'


‘It was obvious from the first episode that thousands of new zoologists would all be conceived at once, like a population bulge,’ wrote Clive James in the Observer about Life on Earth. According to the sociologist Yvonne Jewkes, who conducted ethnographic research in prisons, Attenborough’s programmes were particularly popular among inmates. ‘I watch them because animals don’t make judgements’, said one. ‘When you’re behind bars, it’s wonderful to see animals roaming free,’ said another. ‘All you see round here is varying shades of grey, so it really wakes up your senses to see a fantastic kingfisher or amazingly coloured fish.’ (Yvonne Jewkes, ‘The use of media in constructing identities in the masculine environment of men’s prisons’, European Journal of Communication, 17 (2002))


In his book A Short History of Celebrity, Fred Inglis wrote this about Attenborough:


‘[He] has taught his large following, in the tiny details and broad patterns of natural life from its minutest insects to its cosmological panoramas, the terms of what it is not too much to call an emerging religion. The wonderful spaciousness of the sky and seas and the multitudinous variety of the life lived in them corroborate the Romantic metaphysics which is by now the nearest thing people outside formal churches have to a shared religion … Attenborough teaches, though he would never, I guess, put it like that, the theology, liturgy, mathematics, and grammar of such a world and other-worldly view. His listeners believe him because of who he is, the self that he is: serious, joyful, highly intelligent, unself-regarding, changeless from thirty to eighty, brave ... He is steady and hopeful. There is no tragedy in his vision of nature and its many selves, only the plotless epic of seeing and believing.’
Posted by Joe Moran at 22:13 No comments:

Here is something that happens to me a lot. I have to reintroduce myself to someone I have already met, not usually very long ago (the record is less than a week) because they have no recollection of having met me. Sometimes, because they seem mortified to have forgotten me and to make them feel better, I pretend they are right and we haven't met after all. I suppose this frequently occurring phenomenon means either that I have a peculiarly good memory, or that I am peculiarly unmemorable - or perhaps a bit of both.


Being invisible has its advantages for a writer on the mundane. Who better than to write about the generic, unnoticed areas of our lives than someone who is also generic and unnoticed? Denis Mitchell, the great documentary maker, would walk round the streets of on his own after midnight with a portable tape recorder for his 1954 radio series, People Talking, talking to the homeless, criminals and others on the margins of society. He always attributed his success to his nondescript appearance. According to his fellow producer Philip Donnellan, he said barely a word, ‘holding the mic with one hand and a ciggie with the other, encouraging people only with his look of battered and opaque world-weariness’. The oral historian Tony Parker, a similarly unassuming character, called himself 'a blackboard for people to write on'. For his 1994 book Townscape with Figures, the then septuagenarian Richard Hoggart simply ambled round his hometown of Farnham in , carefully observing the rituals of the railway platforms and supermarket tills. ‘Better to be an unknown, to float through town looking and listening, a would-be observant ghost’, he wrote.


Mass Observation's Tom Harrisson, who certainly wasn't unmemorable - Judith Heimann uses a quote from Henry V, 'The Most Offending Soul Alive', for the title of her biography of him - thought it was better to observe people unnoticed rather than talk to them, although he did not always follow his own advice.


For a student of the ordinary, being ordinary has its uses. Other than that, I would have to say that being invisible doesn't have a lot to recommend it. If I were you, I would try to be memorable instead.


Mundane quote for the day:

And refusing to take in what had happened since.
Now I know none of the names in the public prints,

And am starting to give offence by forgetting faces
And swearing I've never been in certain places. 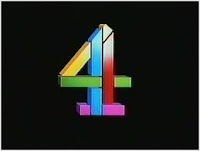 It's 30 years ago, 2 November 1982: the first night of Channel 4. The controller, Jeremy Isaacs, has decided that the first night on the new channel will not depart from the regular schedule. So, at 4.45pm, the first programme begins without any fanfare: a man in a demure blue suit and pale blue tie, looking rather uneasy, introduces a new quiz show with the words ‘as the countdown to the start of a brand new channel ends, a brand new Countdown begins’. He explains the rules of the game and makes the first of what will be many endearingly feeble jokes over the coming years: ‘It’s what the post office have been doing for years – they get a lot of letters, then decide what to do with them.’ At 5.15 comes Preview Four, with Olgar Hubicka and Paul Coia giving a taster of forthcoming programmes on the new channel. They are, writes Nancy Banks-Smith in the Guardian, ‘trendy enough to make your teeth peel, sitting on white furniture and drinking iced white wine I shouldn’t wonder’.


The actor's union, Equity, have decided to black Channel 4 adverts after a dispute with advertising agencies over pay rates in the commercials. Only commercials with no actors in them can be broadcast – so there are lots of cheerful businessmen plugging Vauxhall dealerships or timeshares in . Public information films about how to proceed at level crossings and how to look after your purse are, wrote Julian Barnes in the Observer, ‘repeated with boot-through-screen frequency’.


There is a strange filler inbetween the programmes: flying, coloured blocks arranging themselves into the shape of a 4, to a Brian Eno-like, four-note tune that can be played in any style, depending on what programme it is introducing. Channel identifications were not new: they had been used since the birth of ITV in 1955, but they tended to be brash fanfares similar to those used by studios at the start of films – like the famously naff revolving knight on Anglia TV.


Channel 4’s flying bricks were the moment when these primitive idents were replaced by a more subtle concern with an ambient ‘brand identity’. They were devised by a designer called Martin Lambie-Nairn who went on to create the even more influential idents for BBC2 which reimagined the number 2 as a fluffy, somersaulting toy or a plane gliding across a wooden floor. They were widely credited with helping the channel shake off its forbiddingly highbrow image.


Soon all the channels were using idents. BBC1 had Haka-dancing rugby players and acrobats suspended from ceilings; Channel 4 had skyscrapers and pylons magically aligning to form the number 4; ITV1 had, for more obscure reasons, people hugging trees and examining their beer bellies. The Zen-like calm of the ident is a creative response to channel multiplication and the power of the remote control. The hope is that people will tire of this dizzying choice and simply stick with one channel, with its familiar filmic language. Some people complain about how much money they cost, particularly to BBC licence-payers. But the best ones, like those hippos swimming in a circle, are like understated poems in vision and sound – a tiny antidote to the brash, exhibitionist programmes they increasingly introduce.
Posted by Joe Moran at 13:51 No comments: