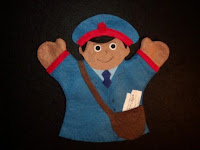 This piece by me appeared in the Guardian this week:

In his recent book, Dear Granny Smith, the pseudonymous postal worker, Roy Mayall, introduces us to the Pegasus computer application, part of the modernisation programme at the Royal Mail. A little cartoon man walks though a computer-generated postal round and tells real posties how fast they should be walking – provided, that is, they never have to stop for a pee or talk to a customer. Mayall shows that efficiency innovations can actually create inefficiency if they do not assume a basic level of trust in workers to use the skills they already have: in this case, their ability to put one foot in front of another.

The strikingly consistent aspect of “modernisation” in the public sector has been its attitude of mistrust towards entrenched interests, its belief that unionised workers or professional cliques must be shaken out of their complacent, hidebound ways. Explaining the higher education cuts – the devilish details of which were announced last week, with three-quarters of institutions facing real-term budget reductions - Lord Mandelson accused academics of being “set in aspic” and of using arguments about funding “as a screen behind which resistance to any sort of change and reform can be conducted”. Thus, I suspect, will the inevitable further cuts in the public sector be explained, not as the responsibility of the perpetrator but of the victim, for being resistant to “change”.

Ever since the 1988 Education Act, which effectively nationalised Britain’s universities, this suspicion of academics as a self-interested elite protecting its own privileges has been enshrined in policy. The recent government paper, Higher Ambitions, proposes the same solution used over the last 20 years – centralised data management - but more of it: more statistics about teaching standards, student dropout rates, how research impacts on the economy, and so on.

This desire to drag academics out of their ivory towers through paperwork is not, in fact, so modern. In Germany from the sixteenth century onwards, university beadles, or their hired hands, would spy on professors and impose fines for incompetence, and insist that they deliver records of their reading lists and the number of students who attended their lectures. The attitude of the professoriate to this bureaucratic disenchantment of its world can, perhaps, be imagined.

What saved the professors, for 200 years at least, was the rise of professionalism. As the historian Harold Perkin argued, the idea of professionals as “privileged observers and benevolent neutrals” offering esoteric, specialised services was reliant on trusting them to make disinterested judgments independently of the market. But the Thatcher government believed that such professionalism was essentially a mask for vested interests. And there is some truth in this. All professions are self-serving by nature, and a certain scepticism towards their truth claims is healthy. Professions should, as far as possible, be responsive and accountable to their audiences.

But, as Mayall’s account of the marginalising of the first-hand experience of postal workers suggests, there is a point at which mistrust of specialised expertise becomes counterproductive. If you don’t at some stage in the process take a risk, live dangerously and let people do their jobs, it just produces inertia. If you want someone to do their job better, you have to manage them: to encourage, cajole or criticise them. The paradox of the New Labourite managerialist revolution in the public sector is that it seems on the surface to be neurotically control-freakish, but in reality it is the antithesis of management: it is un-management. In its search for an objective, formal system that will somehow drive the process independently of all those untrustworthy, self-interested human beings, it creates a strange, parallel world made of paper and PDF files, populated by clean fonts, bullet points and abstract nouns like “excellence” and “transparency”. I wouldn’t go as far as to say that all of this is as absurd as a computer programme that tells you how fast to walk. But it has a similarly virtualised, unreal relationship to the messy real world.

Governments are as susceptible to inward-looking groupthink as professions. And it is worth questioning this constantly reiterated argument that all these different public sector employees, from postal workers to academics, are equally resistant to “change”. The leitmotif of the New Labour era has been the unstoppable nature of such change: doing nothing is not an option, we can’t stand still or we will roll backwards. Often this is a way of shutting off argument (who on earth would want to roll backwards?) by claiming ownership over the future and insisting that this is the only way things can be. “Modernisation” offers only a particular version of the future inspired by a particular idea of the market: in order for the market to be free, the workers must be incentivised and corralled into line. But that is only one dimension of markets. They also rely on cooperation, specialist knowledge and trust - and when that trust breaks down the whole system grinds to a halt, however incentivised people might be.

The government preoccupation with the public sector, over a period of nearly thirty years, has been with transforming entire cultures, with dragging supposed Neanderthals out of their caves into the cold light of modernity. This is now such an ingrained idea that any demurral, any questioning of “change” as it is defined by someone else, will have you instantly branded as one of the usual suspects, set in aspic, thoroughly unmodern.
Posted by Joe Moran at 12:27